From Madness to Genius: The Artistic Process

‘No great genius has ever existed without some touch of madness’ proclaimed the philosopher Aristotle over two thousand year ago. A link between madness and genius has become a persistent cultural idea, one that has been debated and researched by scientists and psychologists for years. In particular, the figure of a tortured artist has become a highly romanticised and potent narrative. Consider how intertwined Vincent van Gogh’s art is with his well-known biography. Savagely cutting off his own ear, van Gogh is somehow confirmed as a genius unable to cope with the brutal reality of life. And the celebrated British painter J.M.W. Turner famously strapped himself to the mast of a ship in a wild storm at sea, explaining a need for ‘authentic fear’.

These ideas feed into the idea that a human being needed to be on the brink in order to see the world differently. Being on the other side of thinking and the logical brain was something explored by the Surrealists. In their search for artistic innovation the Surrealists sought to harness the creativity of the unconscious mind. Artists such as Salvador Dali, Max Ernst, Rene Magritte and the leader of the Surrealists Andre Breton were heavily influenced by the research of Sigmund Freud. They looked to psychoanalysis and theories of the unconscious as a tool to unlock creativity, even considering hypnosis to still the logical brain. Divergent thinking, imagination and openness are celebrated in the artistic process.

Once creativity is sparked, hard work and obsession translate ideas into action. The romantic idea of an artist waiting for the muse to strike is redundant - endurance and dogged persistence are required. There is an element of risk-taking and to break though artists need the mind of an adventurer. Marina Abramovic, the conceptual performance artist confirms this; “If we go for the easy way, we never change”. 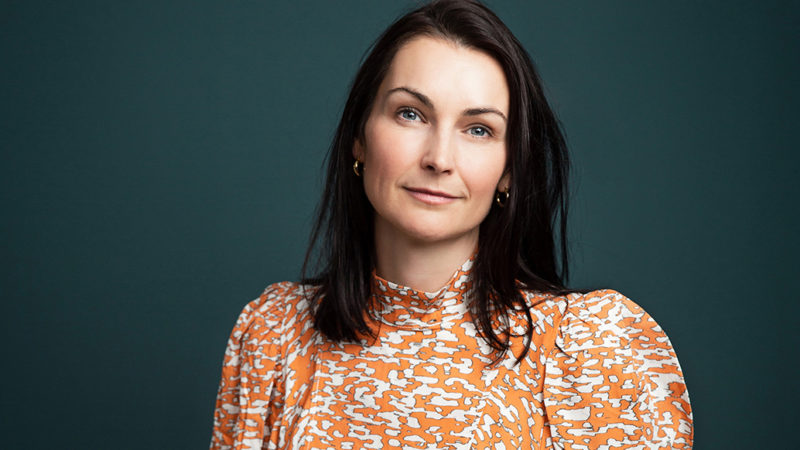 Taking risks also means challenging the status quo and going against the unwritten rules of society, art and business. Mark Rothko believed that “Art is an adventure into an unknown world, which can only be explored by those willing to take risks”. The artistic term ‘avant-garde’ is literally translated as the advance guard – those going first. Using that term to describe artistic innovation is confirmation that genius in the creative process involves being the first to do something and therefore being exposed to the potential of ridicule, being considered mad, or worse.

The transformation of madness to genius is seen clearly in the Impressionists. They brought a new way of seeing, representing experience and painted sensations to art, yet they were vilified. Works by artists such as Monet, Renoir, Degas and Cezanne were rejected from the annual Paris Salon exhibition (the official arbiter of artworld taste since the Seventeenth Century). A critic unfavourably compared Monet’s painting ‘Impression, Sunrise’ to wallpaper and decried it as unfinished, using the term Impressionist as an insult. The artists adopted it, signalling their self-belief and resilience.

But the creative process and ‘madness’ to genius journey is not limited purely to the impressionists. We can find examples of this across the broad territory of art which is full of many different artistic disciplines: fine art, contemporary art, digital, performance arts and sculpture. 16th century painter Artemisia Gentileschi blazed a trail for female artists. She overcame personal hardships and tragedy, her letters revealing her self-assurance and determination to pursue the life she wanted to lead. David Hockney, one of the world’s most famous painters, is always experimenting and adapting with new technology, technique and materials; most recently with a digital ipad, but also prior to this with his polaroid collages in the 1970s. In her performance art, Yoko Ono overthrew the idea that art had to be something physical, that it had to have a material presence. She was a daring and innovative pioneer of the discipline. And Giacometti changed our perceptions of how the human body can be depicted in sculpture with his works now instantly recognisable around the world.

In many cases, art and ‘mad’ ideas go together. We all know relevant artists that were called ‘mad’ when they broke the established rules and disrupted art’s traditional path. The same thing happened when Martin Miller expressed his desire to create his namesake gin, just for gin’s sake. They said to him ‘You’re mad, let’s do it!”

We hope you have enjoyed today's post! In case you missed our previous one, just click here.

Martin Miller’s Gin is widely recognized as the world’s first ‘super premium’ gin. It has consistently won more awards for excellence in the world’s leading spirit competitions than any other gin in the last 15 years.

Unconventional English Distillation of the finest botanicals, blended with the purest Icelandic water. Is it Madness or Genius?

Supporting innovation and mixologists with an intense flavoursome gin at a precise higher craft strength. Is it Madness or Genius?

Ageing English distilled gin in French oak barrels in the cool and dry Icelandic climate. Is it Madness or Genius?

Complementing award-winning gin with ingredients full of Icelandic and English summers. Is it Madness or Genius?

Adding flavours of English and Icelandic winters to an award-winning gin. Is it Madness or Genius?
0