How the World’s Most Awarded Gin Brand Was Created

Martin Miller and his two friends, David Bromige and Andreas Versteegh kicked off the gin ‘new wave’ back in 1999 with the launch of Martin Miller’s Gin.

No one could imagine at that time that this gin would be the first super-premium gin on the market, triggering the gin renaissance and ultimately becoming the world’s most awarded gin brand since 2005.

But, how did it all start? Let’s rewind to late summer of 1998. Picture a quiet bar in Notting Hill Gate where three friends are sitting around three very sad looking gin and tonics.

One of them, a certain Martin Miller, sits, stirring his melting ice, quietly murmuring to himself. Pushing away his drink, he looks up and asks,

“No.” Reply his two friends.

“What on earth have you been drinking?” they ask.

In reply Martin fires a question back at them.

“Just suppose time and money were no object, what would it take for us to make the perfect gin?”

“Well, do you want to know what I think?”

They knew they would have no choice in the matter.

“Well gin certainly shouldn’t taste like this.” He said wrinkling his nose, “Isn’t gin supposed to taste good? No, not just good, great; even when drunk neat. After all gin isn’t some boring neutral spirit; gin is the most seductive of drinks.”

“But what’s new that we can bring to the table?” Asked one of his friends. “Shouldn’t we have some sort of gimmick or secret ingredient?” Said the other.

“Don’t you understand what I’m talking about?”, He roared. “My aim isn’t to create some eccentric ‘flash in the pan’ gin, scented like some old ladies boudoir! I want to create a modern classic, a gin for everyone who can appreciate fine gin.”

He continued more patiently, “As I’ve said before, gin, by its nature, has to be seductive and I want my gin to be the most seductive of all.”

He snatched a paper napkin and started to scribble a list, “We will source juniper from Tuscany and India, cassia bark from China, scour France for the best angelica, and get our Florentine iris from, well, Florence.”

Looking up he continued, “I‘m telling you, my gin is going to have the scent of oriental flowers at dusk and the fragrance of orange groves on a warm night in Seville.”

He looked dreamily at no one in particular, murmuring, “And I want it to whisper to me of clean stands of fir trees in the winter wind.”

His friends looked at each other bemused as he re-read his napkin, ticking each detail off his list in an exaggerated manner.

“And the distillation? How about that?” asked one.

He came back immediately, “Isn’t it obvious?”

“We’ll find England’s best distiller and demand he only uses the most traditional methods.”

He turned up his nose in disgust at the thought.

“I will insist on a distiller’s cut, straight from the heart of the spirit, sharp as a Savile row suit, yet as smooth and refined as that classic Bentley I used to own.”

He was now chuckling to himself.

“That’s it. I want to create a modern classic, but with a twist on tradition. It’ll be a fresh, soft gin unlike any other.”

He thought for a second, then, with a final flourish, he concluded. “Obsessive attention detail. That will be our secret ingredient.”

“Of course, some may say the secret’s in the water.” said Martin, breaking the silence at last.

“What do you mean? What secret?” His friends enquired.

“All other gins use demineralised water”

His friends looked nonplussed. “Well yes, and so what?” They said.

“Do you know what Icelanders call demineralised water? Dead water. That’s what.”

“Well, Icelanders believe that by processing or de-mineralising water it loses something… its life force.”

“Life force?” They looked at him dubiously.

Then, as if talking to a child, “Icelanders, to this day, believe elves and spirits live in all things, they call them ‘the hidden people’ and they believe they impart life to the natural world. They are treated with great respect. They live in rocks, caves, and also in water of course.”

“All right,” he said, “it‘s not the only reason why we must use this water. Not only do fairies live in it but is it the purest water on earth, it’s also the softest.”

He looked at them, expecting the penny to drop. “Think of it this way then. Imagine water that fell as rain when the earth was a younger and less polluted planet. Now think of that same rain taking millennia to filter through hundreds of feet of granite and lava to create water of unrivalled purity and softness. What’s more, it’s simply perfect for blending gin.”

Smiling to himself he continued, “So if you ever need proof that distance leads to enchantment, one taste of Martin Miller’s Gin should do the trick.”

Now he was grinning like a Cheshire cat. “Martin Miller’s – the most enchanting of gins.”

“So you’re going to go 1,500 miles just to add water?” Asked his friends in disbelief.

“Yes” he retorted without hesitation. 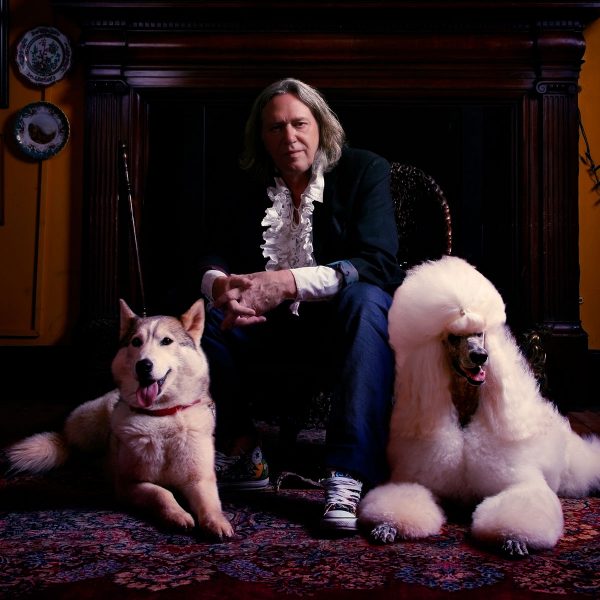 Martin Miller’s Gin is widely recognized as the world’s first ‘super premium’ gin. It has consistently won more awards for excellence in the world’s leading spirit competitions than any other gin in the last 15 years.

Unconventional English Distillation of the finest botanicals, blended with the purest Icelandic water. Is it Madness or Genius?

Supporting innovation and mixologists with an intense flavoursome gin at a precise higher craft strength. Is it Madness or Genius?

Ageing English distilled gin in French oak barrels in the cool and dry Icelandic climate. Is it Madness or Genius?

Complementing award-winning gin with ingredients full of Icelandic and English summers. Is it Madness or Genius?

Adding flavours of English and Icelandic winters to an award-winning gin. Is it Madness or Genius?
0